We’ve all heard the adage “You get what you pay for.”

Never was this truer than with artificial grass.

The price of American-made artificial turf is higher than other turf products that are imported from China and other countries, but you might be wondering if it’s worth it to pay the extra money for US-manufactured artificial grass.

In this article, we’ll give you all the info you need to compare American turf vs. imported turf in this head-to-head comparison guide.

We’ll dive into the manufacturing standards as well as the difference in quality for these two categories of products.

The popularity of synthetic turf for everything from residential lawns to backyard putting greens to playgrounds to sports fields has led to a massive influx of turf manufacturers — both in the US and overseas.

A common mistake of home and business owners is to shop for turf based on price, assuming that all turf is created equal.

Below we’ll provide a comparison of American-made turf vs. imported turf by looking at the manufacturing process, product quality, product safety, and warranty for both categories.

The US has strict local, state, and federal guidelines that manufacturers are required to follow, as well as quality metrics that American-made turf products are held to.

US-based manufacturers must report their chemical recipes for what they put in their turf and keep track of the batch numbers for all the turf they make.

These standards are usually higher than in other countries, so US-based turf manufacturers can’t afford to cut corners to save a few bucks.

The only way for US-based turf manufacturers to remain competitive is to produce the highest quality turf products.

Imported turf isn’t always bad; it’s just inconsistent because other countries (such as China) do not keep to the same standards that the US does.

If you can’t get a chemical recipe for an imported artificial grass product, it could contain harmful ingredients (such as latex rubber or lead) which have been banned in the US.

Even if the manufacturer omits the harmful substances, later on, you wouldn’t know whether your turf had them or not because they don’t often include batch numbers to track what turf is made where and when.

The plastics used in manufacturing artificial grass are often diluted, by mixing with lower grade plastics and fillers.

While this does lower the costs of manufacturing, it ultimately leads to poor-quality products that will quickly fail when installed and exposed to the sun, foot traffic, pets, and weather.

Turf manufacturers in the US only use the highest-quality materials to manufacture products — specially developed polymers that can withstand the test of time.

This is why you see American turf products with 20- to 25-year warranties and longer life spans than imported turf.

The local, state and federal guidelines also ensure that harmful contaminants like lead stay out of turf ingredient lists.

With American turf, you can rest easy that manufacturers haven’t slipped any toxic substances into the turf to bring the price down.

There are some imported turf products that are good; just because it wasn’t made in the good, ol’ US of A doesn’t mean it’s junk.

The biggest issues you’ll find with imported turf, however, are lack of testing and inconsistent quality.

Lack of testing means a lack of accountability for lead, heavy metals, and other contaminants.

The lack of standards and regulations in manufacturing in foreign countries is another major problem.

This means less product testing, as well as the use of inferior, tainted, or diluted plastics; exactly which ingredients are used, can vary from batch to batch.

If the safety of your children or pets is a concern, you’ll know much more about the product you’re getting with American-made turf.

Synthetic turf is often used by children and pets in the US, so American manufacturers know the safety of turf products is of the utmost importance to their customers.

The Synthetic Turf Council of American turf manufacturers voluntarily complied with the standards of the ASTM (American Society for Testing and Materials) to eliminate heavy metals from their products to protect young athletes.

This was independent of any mandate.

US-based manufacturers are more likely to make products that are sourced from biobased substances, such as soy and sugarcane.

A backing that is decaying from UV exposure can cause turf fibers to come loose, and they can then be ingested by children and pets.

And it’s likely that those turf fibers contain lead or other harmful materials.

A manufacturer’s warranty is a good indicator of how much faith the company has in its own product.

With that said, let’s compare the warranties on American-made turf with those on imported turf.

You’ll find the industry’s longest warranties on American-made artificial grass — often up to 20 or 25 years.

As a consumer, you can trust the warranty on American-made turf products because it’s easy to track down the manufacturer because they’re located here in the US.

If you have a problem, you can quickly and easily contact customer service and get your issue addressed.

Many reputable synthetic turf companies will be part of professional groups, such as the Synthetic Turf Council, so check to see if the manufacturer is a part of this organization; it will signify that they have been in business for a while and are committed to their craft.

If your imported turf manufacturer does offer a warranty, good luck getting them to back it up.

You’ll need your installer to get you the contact information for customer service, which may or may not speak your language or be willing to work with you.

If you buy your artificial grass from a foreign country like China, even a lifetime warranty will be useless if you can’t get the manufacturer to cover the costs of uninstalling the faulty grass, regrading the surface, and reinstalling the new stuff.

American Turf vs. Imported Turf: Which One Should You Choose?

If price is your only consideration, imported synthetic turf will likely be the cheaper choice.

However, that’s where the advantages of imported turf end.

If you’re looking for a quality product that will withstand foot traffic, pet urine, UV rays, and time, American-made turf is the way to go.

Not only will you be supporting an American company, but you’ll receive a far superior turf product that will last for years to come.

If you’re interested in discussing your options regarding artificial grass or looking for a quote for turf installation in your yard, please contact Ideal Turf today.

Get your FREE artificial grass design and installation estimate by clicking the “GET A QUOTE” button, or feel free to give us a call at 800-204-4650. 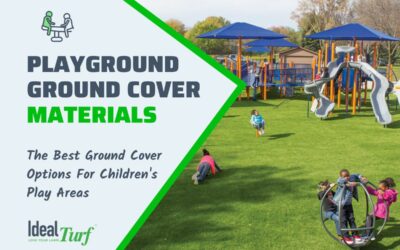 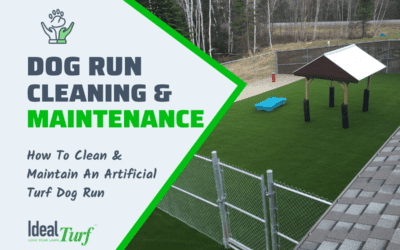 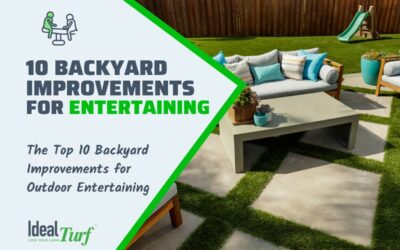 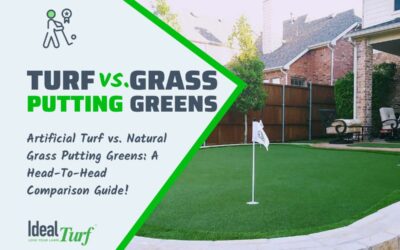 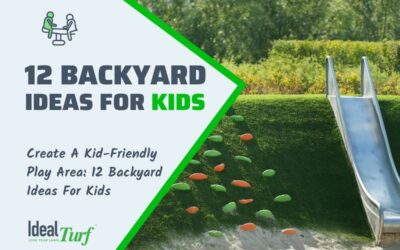 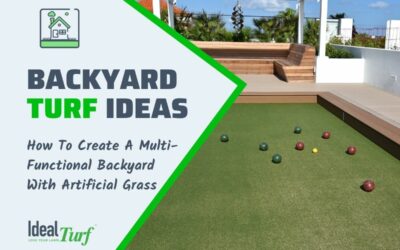 How To Choose An Artificial Turf Installer For Your Home or Business: Tips & Advice

Request a FREE Quote from Ideal Turf, the #1 Artificial Grass Company in Texas!